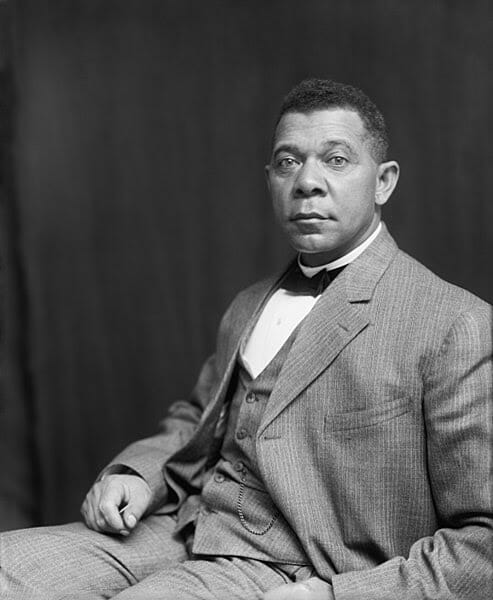 This February, inDinero would like to take the time to remember one of the earliest proponents of Black-owned businesses, Booker T. Washington.

Formerly enslaved, Washington used his freedom to help build an economic infrastructure for the Black community. He encouraged people to invest in Black-owned business and to buy Black.

A Black Entrepreneur is Born

Booker T. Washington was born into slavery in Virginia in 1856. Following emancipation 9 years later, Washington’s mother moved with him to West Virginia to join her husband.

Washington would teach himself to read with his mother’s encouragement. Lacking a school for Black students, the town arranged for an educated Black man from Ohio to board with families one day at a time and teach the children.

Eventually a school was founded that Washington attended. Because his surname was never used on the plantation, when young Booker was asked his last name, he gave his step-father’s first name, Washington. He later learned his mother had named him Booker Taliaferro and he adopted this surname as his middle name.

Washington worked in salt furnaces and coal mines in West Virginia for several years to earn money. He would eventually make his way to the Hampton Institute, a Virginia school founded to educate freedmen and their descendants. Hampton remains today a prestigious Historically Black College or University (HBCU).

Building a School for Black Entrepreneurs

After stints teaching day school in West Virginia and night school Hampton, Washington was recommended by Hampton’s president to lead the school that would eventually become Tuskegee University, another prestigious HBCU. The school initially used a room donated by a local Black church, but was able to purchase land for a campus the following year.

The buildings Washington taught in were in such disrepair that he recalled in his autobiography, Up From Slavery, that one student would need to leave his studies to hold an umbrella for him when it rained.

Foreshadowing the perspective he would develop later in his life, he taught students first to be industrious. Students were taught construction and farming to literally build the school from the ground up.

Washington led the school for more than 30 years. During his time leading the institution, he added more curricula and facilities. The school was geared towards teaching Black students practical skills that they could bring back to their largely rural communities.

Throughout his autobiography is a running critique of the priorities of his fellow Black folks. He ridicules Black families whose homes he visited for their spending on status symbol items while failing to purchase necessaries.

In particular, he recalls a family who had but one fork to share among the four of the residents and with any guests, but had a $60-a-month organ that no one in the house could play.

He was also very particular about what he considered a useful education. He mocked the several early enrollees at Tuskegee who had mastered classical or foreign languages while their homes were unkempt and their clothes filthy. He had much kinder words for a man who learned to read while enslaved in addition to many manual skills that became a benefactor of the school.

This perspective became the subject of a debate among the Black community led by Washington on one side and sociologist W.E.B. DuBois on the other. DuBois believed that the key to Black advancement lay in a liberal arts education and political franchise and representation.

Washington, on the other hand, believed that such an approach would only cause resentment among whites. Instead, he believed Black people should ingratiate themselves with the white community by being industrious. Rather than agitate politically, the community should invest in Black-owned business and buy Black. 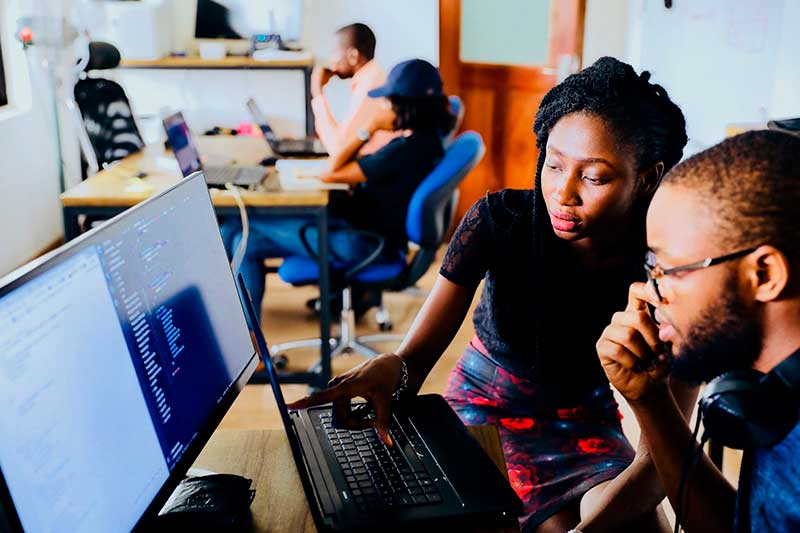 Historians are divided on Washington’s intellectual legacy. Although he was against the civil rights activism that was heating up during his life, he funded efforts to fight segregation and Black disenfranchisement in Mississippi.

Despite his belief that Black folks should focus on professional development rather than political emancipation, he made political inroads, visiting Theodore Roosevelt in the White House.

The debate between Washington and DuBois resulted in a synthesis of their ideas rather than a clear winner. Political activism turned the tide of legal discrimination in the United States buttressed by the support of Black entrepreneurs.

Although things still have a way to go, Black economic strength has greatly improved over the decades, and Black business owners can still look to Washington for inspiration.

At inDinero, we’re proud to support Black-owned businesses. We are a national leader in tax preparation, accounting, and CFO services, and are happy to serve the Black community in all financial needs.

If your business is in need of our suite of financial services, contact us today for a free consultation.

Josh Melick is the CRO at inDinero. Josh started his career as an engineer building software. After founding two companies and being a part of several startups, acquisitions, and big companies alike (Intuit, Salesforce, AT&T), Josh most enjoys helping other founders put the right tools in place to focus and win. A great finance partner like inDinero is exactly that!