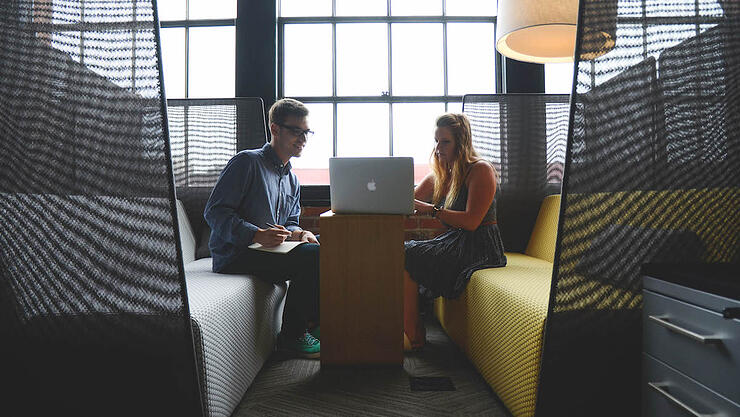 As of May 18, 2016, many employers and payroll processors are hard at work implementing President Obama’s call to more than double the annual salary cut off for overtime pay from $23,000 to $47,476 (a difference of about $458 a week). This jump immediately benefits upwards of 4 million American workers and is historic in nature because it’s a change that hadn’t taken place since 1975 when a $23k annual salary had the spending power $101,677 has today (source: United States Department of Labor Inflation Calculator).

This change is not something for startups and small businesses to take lightly. Work-life balance has a different meaning for these early stage companies. The startup life is known for emphasizing a small staff in exchange for longer hours to achieve ambitious goals. This lean business model depends on hiring zealous employees who are eager to put in upwards of 60-70 hours in any given week. But misclassifying employees as exempt can be an expensive headache for companies of any size.

While startup salaries still range based on a few different factors (growth stage, funding status, location, equity, etc.), classifying employees as exempt or nonexempt is still not as simple as that. Being totally clear on the criteria can help you decide how you allocate salaries and overtime procedures to avoid the fees and penalties that go along with misclassifying employees.

Differences Between Exempt and Nonexempt Employees

Here are excerpts of the definitions from inDinero’s Accounting Alphabet for Business Owners and CEOs, which we’ve noted will need to be adjusted if President Obama’s ruling is made official:

Employees who are exempt are excluded from receiving overtime pay for any time spent working that exceeds 40 hours within one week. To be exempt, you must be a salaried employee and perform specific job duties such as learned or creative professions and some administrative jobs. While the IRS has set the salary threshold for exemption of overtime pay at $47,476 per year ($913 per week), this is expected to change sooner than later to reflect inflation over the years.

Employees who are nonexempt must receive overtime pay anytime their time spent working exceeds 40 hours within one week. Nonexempt employees are typically ones who are paid hourly but salaried employees making less than $47,476 per year (or $913 per week) are also considered nonexempt and eligible for overtime pay.

So exempt employees can work as few or as many hours as they need to each week (Sunday through Saturday) while nonexempt employees may work 40 hours maximum each week* at their rate and must receive overtime pay (time and a half, or their salary multiplied by 1.5) for any time on the job after that 40th-hour mark.

*While this gets regulated at the federal level, states use it as a basis. Employers should also check their state labor laws to ensure overtime pay is similar. California, for example, requires an employer to pay overtime after 8 hours of work in a single day.

Recommended Reading: In addition to understanding exempt vs. nonexempt employees, use these 3 Factors to tell the difference between employees and contractors

The Origin of the Overtime Salary Wage Threshold

The Fair Labor Standards Act (FLSA) enforces the overtime salary threshold. The FLSA also outlines minimum wage standards, child labor protections, and the Equal Pay Act. The first FLSA was put into effect in 1938 and appears to have been amended periodically through 1989, but unfortunately, none of the amendments after 1975 have included any changes to the salary cap for overtime pay.

So while pay has risen here and there (as of 2015, 30 states have a minimum wage more than $7.79), a win for minimum wage workers means their salaries have moved closer to closing the inflation gap, but further away from overtime pay benefits.

It’s important to note that while salary is used to draw a definitive line in the sand, most nonexempt employees get paid hourly. Naturally, reporting hours makes overtime easier to track and manage. However, wages (both salary and hourly) aren’t the only criteria used to classify employee status.

In addition to wage, the FLSA also outlines specific tasks that employees must perform to be considered exempt once they meet the salary criteria. The FLSA refers to this criteria as the “duties test” because it must be based on actual job function, not just an employee’s title.

Functions the FLSA considers exempt jobs* range from executives, managers, finance professionals, doctors, attorneys, outside salespeople, and individuals with specialized technological expertise (source). These roles have a number of things in common that align with the duties test. They each:

Individuals like these are held responsible for the livelihood of their respective part of the business. They are exempt because they’ve proven their area of expertise, and when all else fails, they are the ones who have the abilities to bring projects to fruition in the moment of truth.

*These guidelines are used federally as a minimum standard. So be sure to check with your state legislature because some may have more stringent definitions.

There’s no time like the present to take another look at your employees’ salaries and job duties to ensure you’ve correctly classified them as exempt or nonexempt. A lawyer or payroll specialist can help you through any of the trickier situations you come across with the duties test (ask your inDinero team or a financial consultant if you need a referral!).

We also recommend communicating this status in your employees’ performance expectations, preferably at the time you hire them. Sarah Olbekson is the Talent Acquisition Manager at inDinero. Sarah is passionate about building the most enthusiastic, diverse, and talented team in Portland.

previous
Your #1 Year-End To-Do: Close Your Company’s Books
next
Pay Business Taxes on Time—Even If You File for an Extension