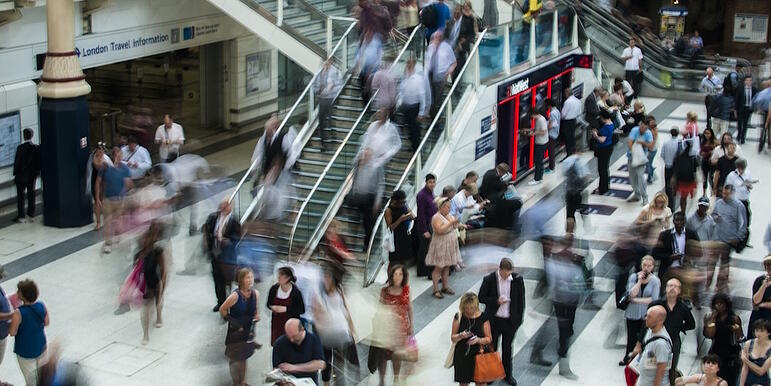 For those of us who grew up believing there to be nine planets, 2006 was a fateful year. It was the year the International Astronomical Union officially demoted Pluto, reclassifying it as a “dwarf planet” and abruptly altering a fundamental fact of our solar system. In retrospect, we should have known Pluto’s demise was signaling a cavalcade of explosive changes to come. The last ten years saw the financial crisis as well as the swift proliferation and adoption of mobile technology, not to mention myriad social, cultural, environmental, and political developments brought on by an increasingly interconnected global social society.

Doing business is no exception. Whether you were chugging along in your career, already running your own company, or—like our founder, Jessica Mah—were only just heading to college, it’s likely that your professional life today hardly resembles what it was back then. Consider the tools and services you take for granted on a daily basis: in 2006, almost no one used LinkedIn or Twitter, Facebook advertising didn’t exist, every desk had a landline, and cloud computing was still years away. 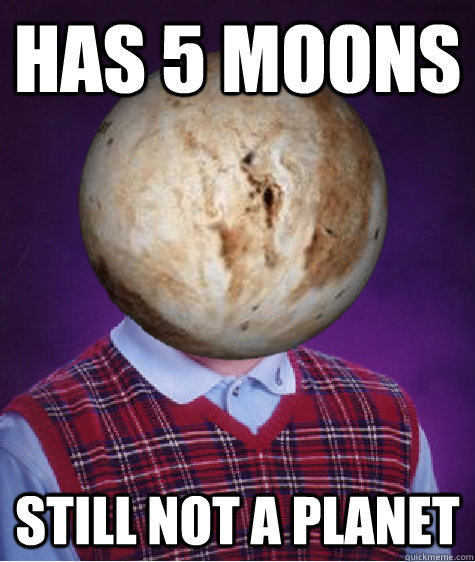 And that’s not all that’s changed since then.

How much has business changed in a decade?

The ways teams communicate and collaborate have followed multiple and conflicting evolutionary paths. While it’s easier than ever to stay in touch with your co-workers, partners, employees, vendors, contractors, and so forth, you’re probably seeing them face-to-face less frequently than you might have been ten years ago. The prevalence of smartphones means all of us are available at all times—at least theoretically. And with SaaS (Software as a Service) having largely replaced the downloadable software model, fewer of us need to commute to an office. Virtually any work you would do at a computer you can now do from anywhere. 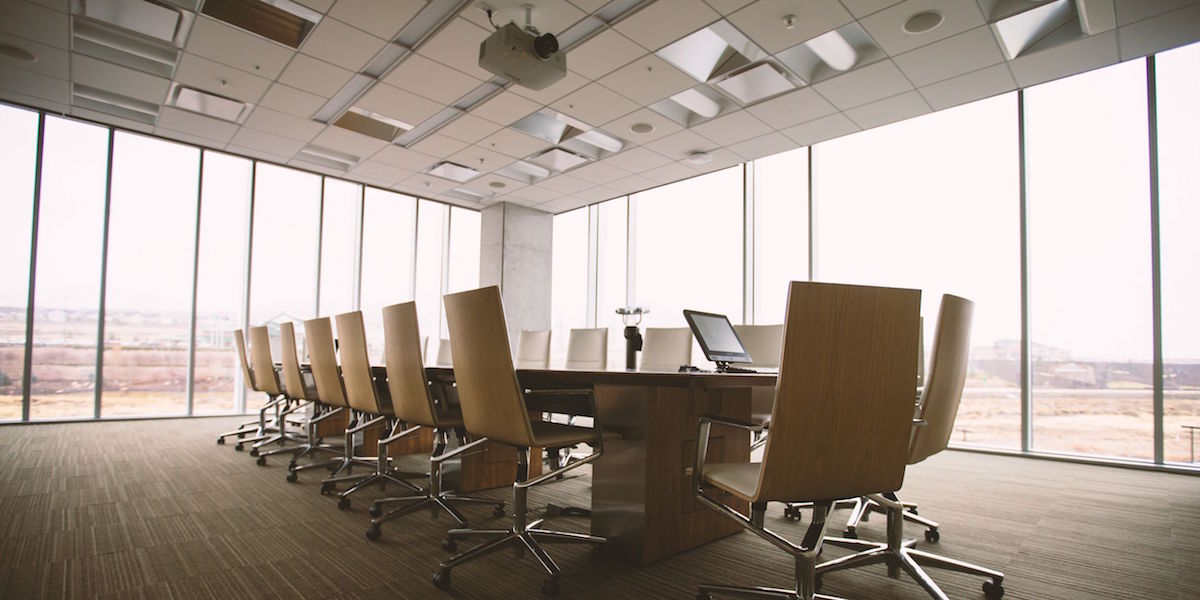 As a result, many teams do work remotely, using what is now known as a “fully-dispersed” model. They communicate through email, text, or tools like Slack and collaborate using shared documents. Even those who work in more hands-on industries such as automotive repair or construction use cloud-based platforms or apps to log their hours, update project information, and send messages between team members.

The days of subjective performance evaluations are dwindling and drawing to a close. Armed with more data than they sometimes know what to do with, businesses can measure every aspect of their organizations. Analytics play a role every part of doing business: production, sales, marketing, accounting, purchasing, research and development, human capital, and even legal departments. 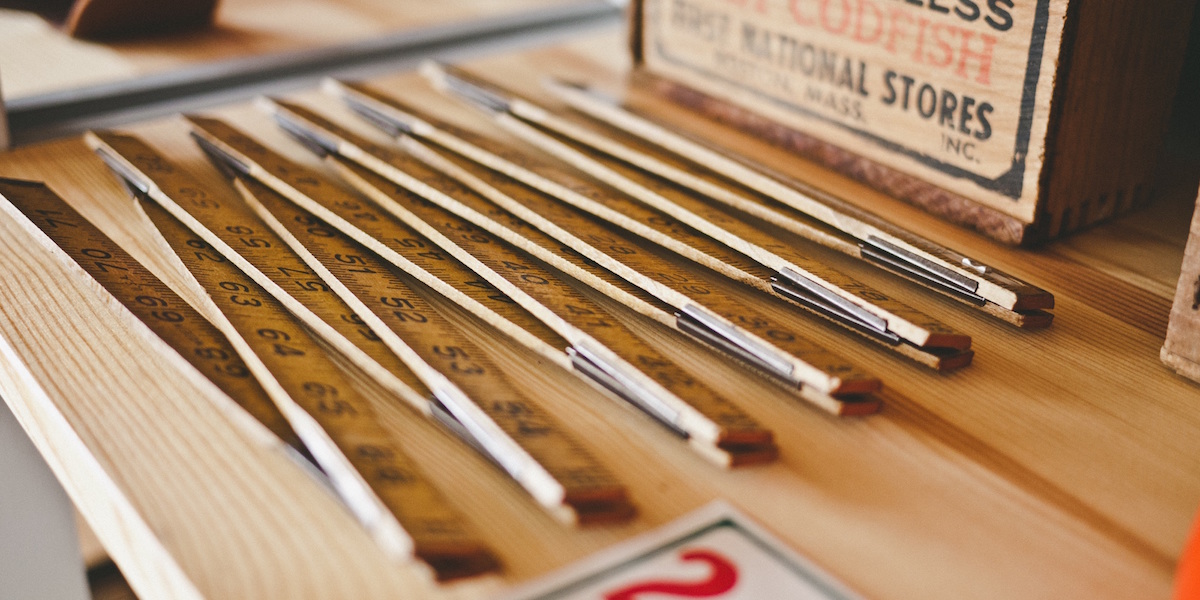 Companies can more accurately assess their impact on their communities and the environment, and a growing number are taking pledges to do better for the world and issuing transparency reports so as not to fall behind their competitors. Improvements to financial data reporting also help executives and shareholders make more accurate predictions about their companies’ futures and avoid unnecessary risks.

A Savvier Audience Focused on Authenticity

Another reason more and more businesses emphasize their social and environmental impact? Because an undeniably large portion of their consumer base demands it. As the millennial generation has grown into adulthood (surpassing Gen Xers as the dominating presence in the workforce in 2015), demographics have shifted and different values have come to the forefront in purchasing behavior. 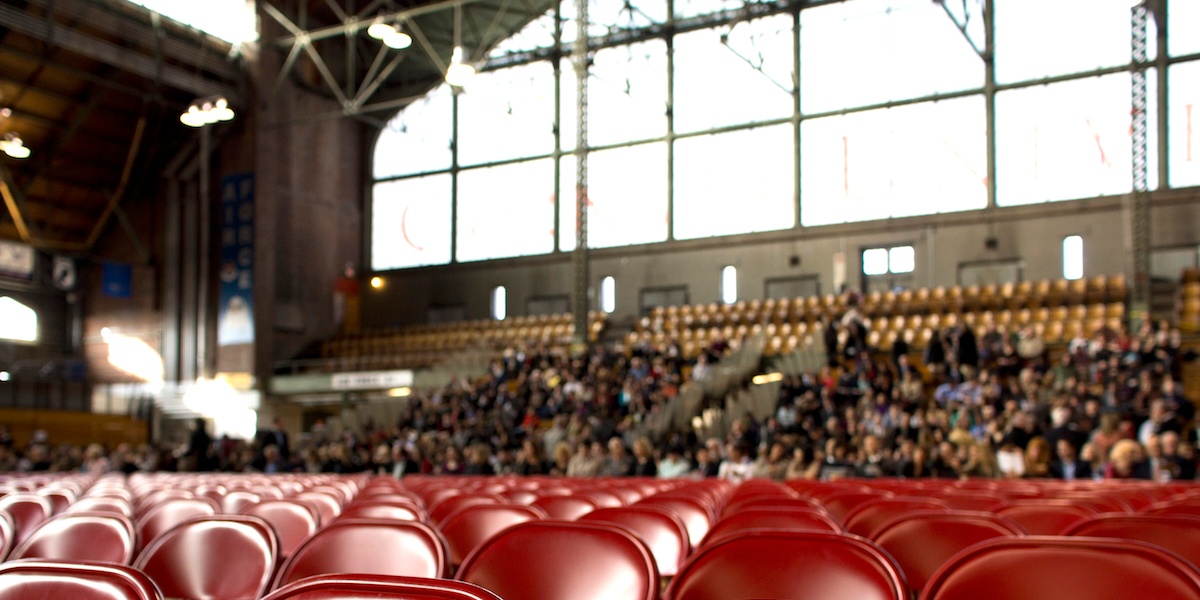 Younger consumers are savvier and than their forebears, and driven more by a sense of ethical responsibility. They don’t respond to conventional marketing, and as such, businesses and their customers are interacting in new ways. Companies now prioritize information and storytelling over conventional advertising. Twitter, Yelp and other social networks and review sites have democratized customer service as well as conversations about brands.

Technology has followed suit. In an instant, you can read others’ thoughts about your business, answer questions, and join the discussion. Consequently, companies across the board invest loads of money and resources into building ongoing relationships with their audiences. This sense of instant access is complicated, however, by a volatile media ecosystem: as fewer people watch broadcast TV, read newspapers, and go out to the movies—and as new platforms like Snapchat and Twitch take hold—companies are sprinting to meet customers where they are. It’s giving new meaning to the old phrase “the customer is always right” (as long as that customer has enough followers or likes behind them).

Entrepreneurs and others involved in growing businesses have a plethora of options through which they can grow their businesses. Incubators, crowdfunding sites, and venture capital groups are much more abundant now than they were in 2006. Even if you avoid outside investors altogether, you can make millions from a relatively simple idea, be it Airbnb, Dollar Shave Club, or Flappy Bird—so long as it arrives at the right time and has enough viral appeal. 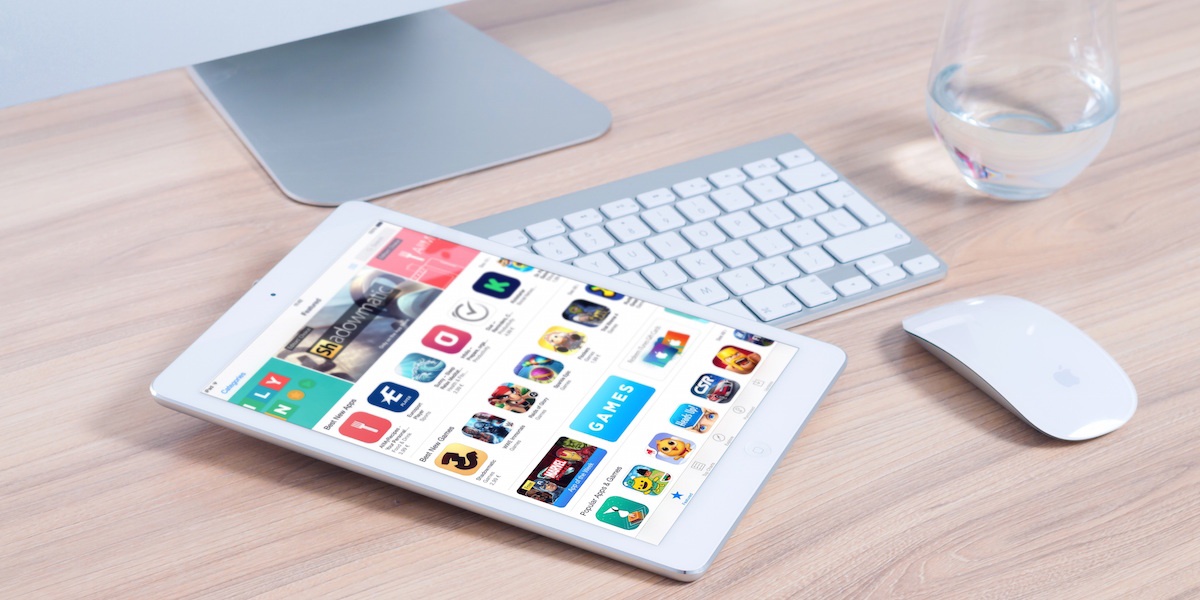 Thanks to the runaway success of some ventures and bitter lessons learned from the financial crisis, established enterprises are looking toward startup culture for inspiration: it pays to be agile, lean, and entrepreneurial rather than too big to fail. Seemingly “small” ideas and “minor” innovations rule the world, and today’s emerging companies provide niche solutions: B2B tools that perform a specialized business function, or B2C apps that solve a one-off problem you never knew you had—but now can’t imagine ever dealing with again.

The last decade has not only revolutionized how we think about structuring our organizations and accomplishing our goals, but how we inhabit our positions. Business owners take on new roles and establish new relationships every day. Mentors become advisory board members, employees become independent contractors, consultants become executives. 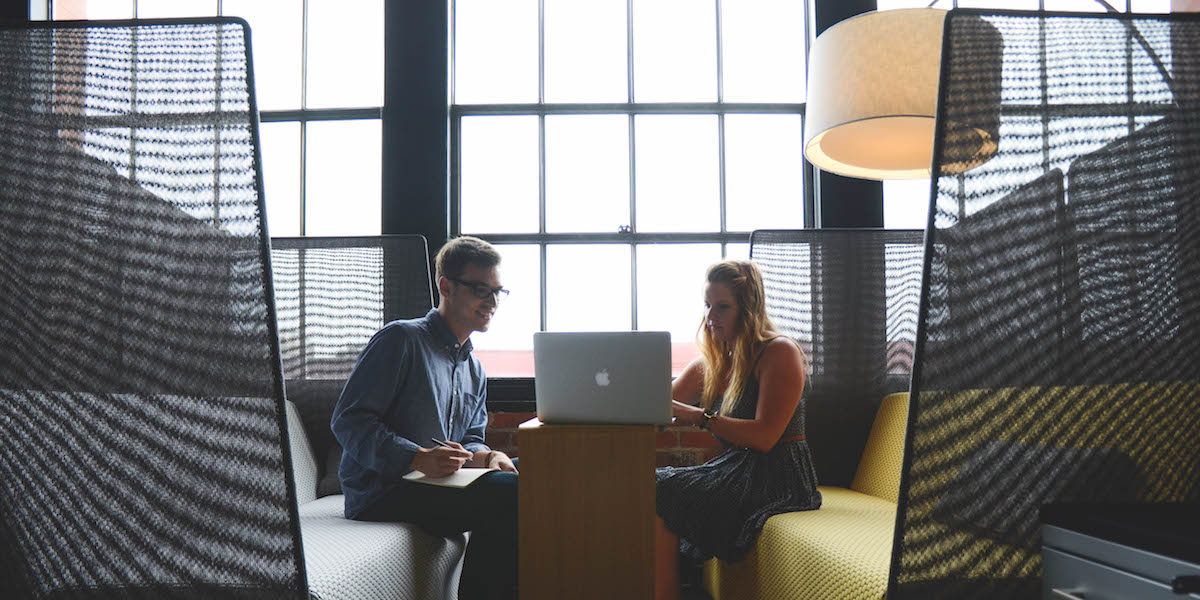 Companies are learning to embrace constant change to keep up with new technology, team members’demands for more freedom and flexibility, and economic pressures to continually pivot to develop new IP and reach new consumer groups before anyone else. It’s why organizations of all kinds are questioning what to outsource and what to keep in-house. Others are taking a more radical route, and embracing holacracy and other management structures that do away with executive decision-making. All of it adds up to a picture of fragmentation—or to put it in more positive terms, “unbundling.”

Doing It Yourself Is Out

To a time traveller from 2006, much of what I’ve mentioned so far would probably paint an overwhelmingly chaotic image of the future:

How could business practices and terminology so much in just ten years? 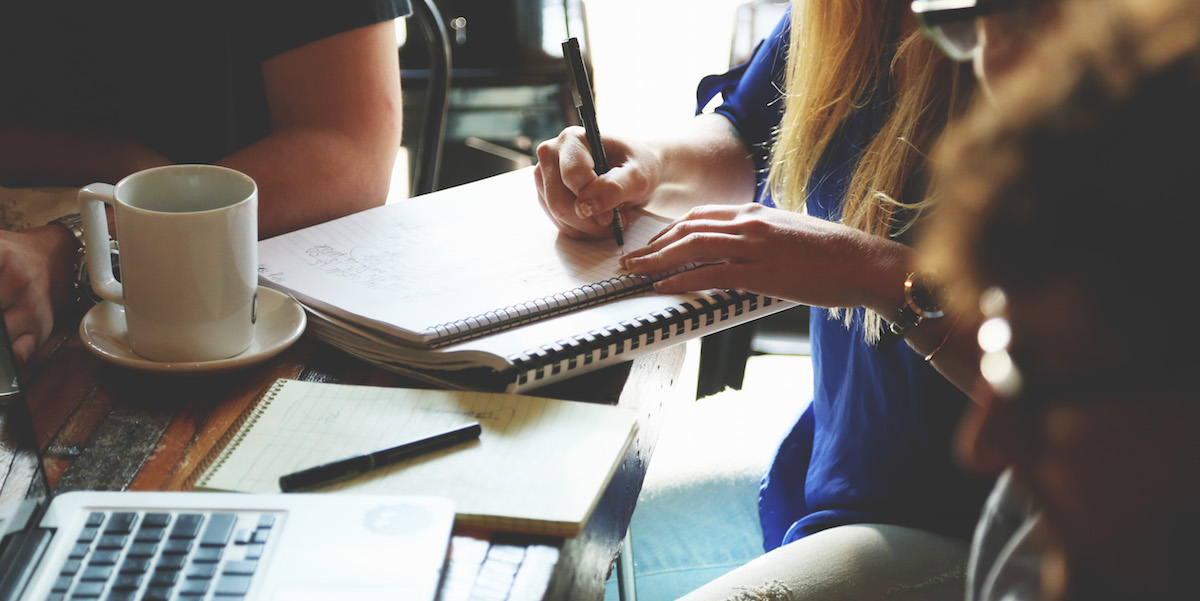 To be fair, the world is a messier place than it was back then (I still think it started with Pluto), but there’s a final key component that makes it all a little less complicated: you’re never alone.

Whether they’re learning new skills, adapting to evolving industries and consumers, or facing an uncertain future, business owners can rely on a wide network of information and support. It’s a big part of what we do at inDinero: we act as an extension of our clients’ operations, taking over back office responsibilities such as bookkeeping and invoicing, so the companies we work with can concentrate on pushing themselves forward.