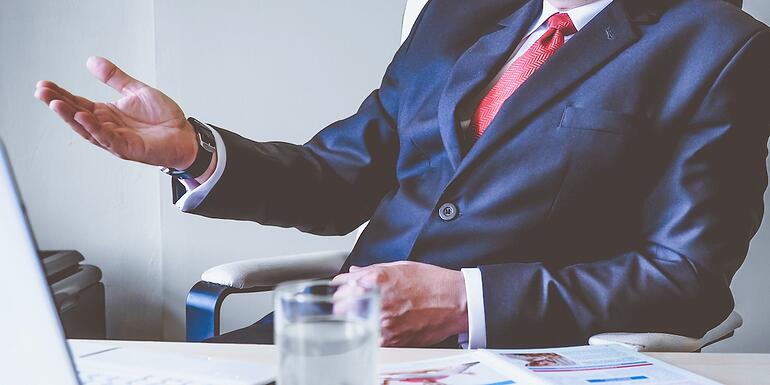 On Tuesday, September 5, Ross will be joining the inDinero team to talk about what he looks for in startup investment opportunities and share the one thing every company in his portfolio has in common. But before you tune in and join us for the investment-focused Q&A, get to know a little about who Ross is and his professional and personal background.

Get to know Ross D. Blankenship: The Investment King of the Angels

What’s a business you wish existed/wish someone would start?

I’ve always been a big idea guy. In fact, I was lucky enough to invest in a company called “Planetary Resources” which will be one of the world’s—and universe’s—first Asteroid mining companies. They pretty much created a solution for an idea I had for tapping into extra-planetary resources when we’ve depleted our earth. It’s a trillion dollar idea that I had at Cornell (in my undergrad days), and I’m happy that I am at least a part of it in some ways.

The other awesome idea that I have is related to biotech. Angel Kings has targeted investments in early detection and discovery of medicine where we work towards actual cures for afflictions such as Parkinson’s and Alzheimer’s.

One of the biggest problems in healthcare and biotech is the fact that large drug companies are in the business of maintenance vs. cures. We need to start incentivizing cures for diseases in a fundamentally new way so that drug companies are less focused on protecting their patent rights, raising drug prices, and making it difficult for patients to get treatment, and instead reward companies for all-in cures. What this could look like is establishing multi-billion dollar bounties and rewards for cures. In terms of what the actual business model looks like, that’s something I’d love to connect with other entrepreneurs about…

What do you love about investing?

Investing is about discovering the next-big thing. It’s about spotting the trends, identifying problems, and understanding solutions. Having been on both sides of the equation: as an entrepreneur and investor, I can spot pain points for both consumers and enterprises. I can also spot big profit opportunities. For example, I was one of the first investors in a technology of a modified version of the blockchain called “Ethereum” back when it was only a couple dollars per share. I studied Ethereum, smart contracts, and literally interviewed and met with everyone on this planet who would tell me about what they were building with Ethereum.

In many ways, this bold approach—all-in at every moment, and in-depth every second—is what drives me to invest. Investing is the art of discovery, and just like the earliest settlers, it drives me to discover new fields to make money, while impacting industries and greater humanity.

What is your favorite thing about startups/the current startup landscape?

My favorite thing: startups are becoming less trendy, and more industry-shifting. Example: Elon Musk and Tesla, SpaceX and Hyperloop compared to just a few years ago when every mobile app and social media network was competing for the short attention spans’ of today’s youth.

Yes, this still happens, but the media’s narrative seems to be more focused on how AR (augmented reality), AI (Artificial intelligence), Financial networks (Blockchain) and Biotech (Drug Discovery, Immunotherapy) will help humans live longer and prosper further into future generations. I love seeing and reading these more mature conversations about the future of technology and society.

What are some of your hobbies?

My hobbies include writing, skiing, and tennis. Writing has always been a passion from an early age, and I had most of my breakthroughs in venture capital by writing about topics such as entrepreneurship and investing. My book, Kings Over Aces, and the soon-to-be published update to that book keep me busy every week. In terms of other hobbies, I discovered (and love) skiing and tennis. These hobbies keep me busy outside of the startup board room.

Where’s your favorite place to live?

I grew up in Texas, so definitely there. I will always be a Texan.

Where’s your favorite place to visit?

I enjoy visiting coastal areas, beaches, and anywhere where my wife (who’s a Dermatologist) has to remind me to put on more sunscreen!

What’s your favorite food or restaurant?

I’ve been fortunate enough to learn Spanish (un poquito) the past five years, and even better, get to practice at our favorite Mexican restaurants. Essentially, any place involving chips, queso, and a margarita—I’m all in.

U2’s “I still haven’t found what I’m looking for…” The song pretty much embodies my entire experience as an entrepreneur and now venture capitalist.  Each year at Angel Kings Investment Group, we turn down close to 5,000 pitches from awesome startups and entrepreneurs. It’s a song that would play well for me (the VC) and the entrepreneur who needs to know exactly how to deal with the painfully slow, yet absolutely necessary, process of raising capital. Plus, U2 in concert is hard to beat.

What’s one of your favorite quotes about entrepreneurship?

“Create a company, not a startup.”

It’s a quote that I live by and one that I wrote in my latest version of the book I’m working on detailing my experience helping companies go from startup to IPO. After all, a company is a marathon project, one that can take many years to hit what we call a “liquidity event.” A startup is one that people expect to fail. Why live your life thinking you might fail? Focus on the future by creating a sustainable, viable, and long-term company that enriches the lives of others.

What was one lesson you’ve learned that you want to relay to other entrepreneurs?

Learning from mistakes is great, but making fewer mistakes is even better. Learn early, get harsh feedback that hurts, and adapt as quickly as you can so you never get your feelings hurt again.

What was your first ever job (high school/college or post-grad)?

I was a tour guide at Cornell. I was the guy who learned how to walk backward while extolling the virtues of academics (and partying) on campus. I made about $8 per hour but had the best time meeting prospective families and students from around the world.

What made you want to become an angel investor and where did you get your start?

I had the opportunity, and was invited, to go on the hit ABC show “Shark Tank.” At the very last minute, the producers called me and said they were pushing my startup back to the next season. Having prepared for months to be on the show, and having spent thousands of dollars to beef-up the product I was working on, I was frustrated, to say the least. However, I had this epiphany where I realized, instead of being the fish, why not try to become the shark? Now, this might make it sound like angel investing, and venture capital is like being a shark, but the truth is that sharks need to eat too.

Where is your favorite place to get news (about emerging business markets, current events, new businesses, etc.?

Three places: (1) Wall Street Journal, (2) Bloomberg Online (Technology section), (3) The Economist. Quite traditional, I know, but I have to avoid the nonsense I read in my social media Twitter account, etc. and the homepages of those three outlets are superb.

If you weren’t a successful VC, what would be your dream job?

I’d run a movie theater (an IMAX, preferably). Even if that meant being a ticket collector. I’m obsessed with awesome movies and wish I had more time to see every movie at the box office.

If you had one piece of advice for startups looking to bring on investors for the first time, what would it be?

Don’t raise money until and unless you absolutely have to. Raising money should be done cautiously and only as a means for scaling and growing your company.

Want to hear more from Ross?

Register now to reserve your spot for Ross’s live webinar. Here are the details:

What? Ross shares the one thing every company in his portfolio has in common.

When? Tuesday, September 5 at Noon (Pacific)