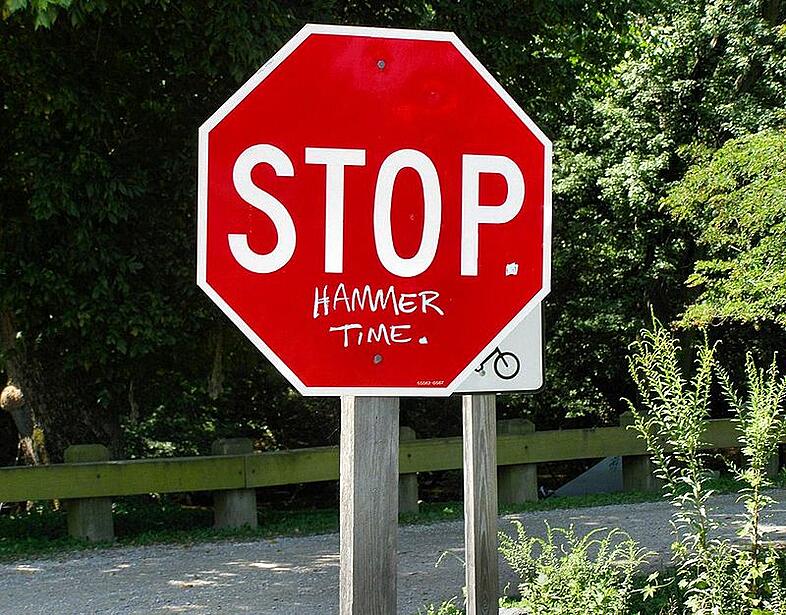 You’re rich and successful: what could possibly go wrong? Quite a bit, in fact. It’s remarkably easy to go broke when you have a lot of money, and although stories of famous people losing it all are well-known, companies lose it all for a lot of the same reasons. Let’s explore the stories of some of the most incredibly irresponsible millionaires in history and see if we can’t draw some wisdom from their broke-dom.

Allen Iverson: He Made it Rain Until the Rivers Went dry That moment when you spot a casino you’ve never been kicked out of.
(Image credit: Keith Allison)

How can you blow 154 million dollars? It seems impossible to most of us, but it’s quite simple when you have an affinity for gambling and expensive goods. NBA legend Allen Iverson spent over $360,000 a month on everything from clothes and jewelry to dry cleaning and groceries at some points in his career. He gambled so much that ESPN’s Stephen A. Smith was quoted as saying that Iverson “will either drink himself into oblivion or gamble his life away.” He was banned from multiple casinos for boorish behavior and of course, unpaid gambling debts. His situation deteriorated to the point that he was even rumored to be seen begging for change outside a shopping mall. Although that rumor was proved to be a hoax, he is still reportedly in severe financial trouble. After all, you’ve never heard a rumor that Bill Gates was begging for change, have you?

Don’t make it rain when times are good: rein in your spending instead! Companies can live outside their means just like famous basketball players can (although we certainly hope you’re not gambling with company money!) In addition, one of Iverson’s big missteps was not investing any of his money— instead, he bought stuff like cars that depreciate in value over time. Don’t make the same mistake— when times are good, skip buying the office a third pinball machine and sock the money away instead.

Willie Nelson: On the Road to Tax Evasion

Willie Nelson is known as an American icon, but in 1992, he became known for something else: a huge tax bill. Apparently, Nelson’s accountants hadn’t filed his taxes in years— and he owed the IRS 16 million dollars! To help pay back the debt, he released a heartbreakingly-titled album called “Who’ll Buy My Memories? (The I.R.S. Tapes)”, which references the fact that a huge amount of his personal belongings and properties were confiscated and auctioned off by the government. However, the end result wasn’t country-song sad: the album helped save him from total financial ruin, friends and fans bought back his personal belongings and returned them to him, and eventually his debt to the government was repaid.

When people tell you that you need an accountant you can trust, this kind of situation is what they’re referring to. It really doesn’t matter whether or not ol’ Willie knew that his accountants weren’t taking care of his taxes or not— a good accountant would’ve ensured that taxes got done, and got done right.

MC Hammer: You Can’t Touch The Size of this Entourage When you are responsible for taking care of two or three people, things can get expensive. So what happens when you’re dealing with 200? In the case of MC Hammer, you go broke— fast. Get this: MC Hammer spent half a million dollars a month on expenses, including the management of his ridiculous 200 person entourage! No surprises here: Hammer went bankrupt. To this day, MC Hammer’s name has become synonymous with financial ruin, and has become a punchline for every joke about financial mismanagement under the sun.

Although it can be tempting during period of rapid financial growth, avoid overhiring like the plague. Although it’s possible to pay a large team when times are good, there’s no telling when the economy could go from “2 Legit” to “Quit” in a hurry. Hire what you need, not what you want, and you won’t be stuck with a entourage of employees you can’t afford.

Finance is complex, and having a lot of money can be a temporary thing, as evidenced by our three kings of broke-dom. As a business owner, you have the opportunity to make a lot of money doing what you do— so take to heart the lessons we’ve learned from Allen Iverson, Willie Nelson, and MC Hammer: don’t spend like a crazy person, make sure your accounting is in order, and don’t overhire in times of good fortune. Follow these axioms, and you will never appear as an example in an article like this one!