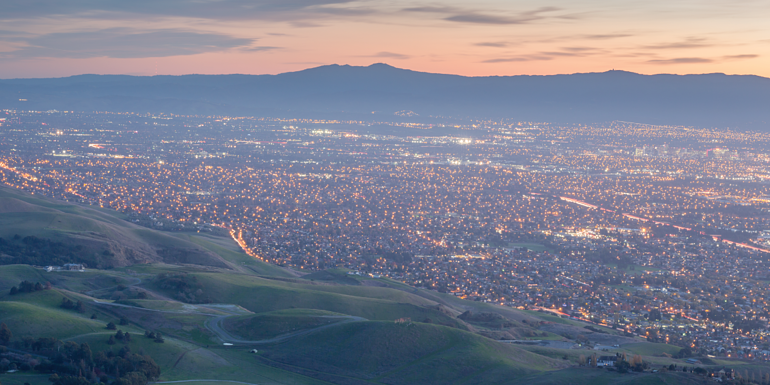 When tax rates rise, small businesses feel the brunt of the impact, but they also pass along increased costs to consumers. In recent news, many residents of the Bay Area are having a hard time getting used to the April 2017, half-cent sales tax increase imposed on a number of cities and counties that make up the startup epicenter. Keep reading to learn why taxes increase and how this year’s rate hikes impacted small businesses, which cities are feeling the effects, and what you can do to ease the burden at your business.

First, why do taxes increase?

So why rely on residents and other taxpayers to help fund improvements?

In most cases, this happens because the city and county governments have struggled for years to build enough money into the budget to cover expenses. Thanks to a state law, introduced in 2003, cities and counties can now turn to taxpayers for help, requesting voter-approved tax hikes that generate funds for the government.

Though half a cent doesn’t sound like much money, when it’s multiplied out across every transaction made by every resident and visitor in a city, it results in billions of dollars of funds generated every year. Funds collected are often spent on enhancements to transportation—like Santa Clara’s planned BART extension—road improvements and expansions, bike lane additions, government building costs, and police or park services.

Citizens are generally supportive of tax expenditures that will benefit them, such as projects that promise to shorten their commute. But you’ll hear grumbling about funds that go towards things like increasing city workers’ salaries or benefits.

Now that you understand why taxes increase, let’s take a look at what areas were impacted by Measure B this year.

Areas Where Tax Rates Are Rising in 2017:

On April 1, the government imposed a half a cent tax increase that affected a large number of California cities and counties including several Bay Area municipalities. The cities of San Jose, Pleasant Hill, Martinez, Newark, and East Palo Alto were all affected as were Santa Clara and Santa Cruz Counties.

San Jose’s rate took an especially big jump because they just passed a citywide, quarter-cent increase in October of 2016. San Jose’s tax rate has now risen to a sky-high 9.25%. That kind of increase begs the question: How do these rate hikes impact small businesses?

What happens to small businesses when sales tax rates increase?

To remain sales tax compliant after a rate hike, you have to make some manual changes. Regardless of whether you’re using an e-commerce platform or point-of-sale system, you’ve got to update each of your systems on the new tax implementation date. That includes all registers, payment processors, and reporting software. You also have to reset any manual calculations used in bookkeeping and make sure you’re using the correct percentage rates from the tax hike implementation date moving forward.

Brick-and-mortar stores and restaurants already have higher operating costs than online businesses, thanks in part to rent and utilities.

Unfortunately, they typically also face more significant financial pain when sales taxes increase—especially as they face more competition from online retailers with low or no taxes. If you know a tax hike is coming, take preemptive action. Run a promotion or reach out to existing customers to try and spark repeat business to keep a steady flow of post rate hike customers walking through your doors.

When you change tax rates in the middle of the year, it complicates your financial reporting. That’s especially true if the tax rate also impacts your pricing structure. Make sure you have good records and that you keep comprehensive notes that show when the rate hike impacted your numbers as well as what changes were made.

Certain Types of Small Businesses Feel an Even Bigger Burden

Some businesses—like online retailers who aren’t impacted by localized rate changes—don’t face any burdens when tax rates rise. However, brick-and-mortar businesses often find themselves in a tight spot as they work to keep customers coming as prices rise to meet increased sales taxes. Here are a couple of specific examples of of businesses that see the biggest drops in sales:

Thanks to ever-increasing sales tax hikes on tobacco products across the state of California, gas station and convenience store owners are really feeling the impact of city-wide tax hikes. Cigarette tax jumped two dollars in April—up from $.87 to $2.87 per pack—meaning smokers are now paying between $8 and $9. But that’s not all.

Prop 56, a ballot measure that passed in November of 2016, just went into effect on July 1, 2017. This measure, titled the Tobacco Tax Increase Initiative, passed by a wide margin (over 64%) and increased taxes on tobacco products other than cigarettes from 27% to 65%. That includes cigars, smokeless tobacco, chewing tobacco, snuff, and e-cigarettes. Small business owners that make a lot of money on tobacco products are sure to see consumers shifting to cheaper brands, shopping online and cutting back on consumption, thanks to the massive increases.

For stores across the Bay Area, rising rents are a major concern, but so is rising competition from online retailers. A quote from Bill Dombrowski, CEO of the California Retailers Association, in a recent San Francisco Chronicle article, paints a grim picture. “It’s the complete lack of recognition by [the] government at all levels in this state what is happening in retail,” he said. “Customers don’t pay sales tax when they buy on the Internet. That has been killing bricks-and-mortar stores.”

In truth, many online retailers do charge state sales tax (and are required to do so by law). But it’s also true that these stores have been facing an ever-growing list of challenges when it comes to getting customers offline and into an establishment. And rising local tax rates certainly aren’t going to make it any easier.

Giants like Salesforce, Uber, and Facebook call the Bay Area home and have brought an abundance of money to the local economy. Not surprisingly, whenever politicians see dollar signs, they also see an opportunity to impose taxes. In 2016, lawmakers started to discuss imposing a requirement for all tech businesses with annual gross receipts of over one million dollars to pay a 1.5% payroll tax. That 1.5%, which would be in addition to the 13.3% bay area employees already pay on their income, was slated to go toward affordable housing projects. Luckily, tech companies dodged that bullet (for now), as the proposed tax was shot down in committee before making it to the ballot.

How Small Business Owners Can Prepare for Future Rate Hikes

We’ve covered why sales tax rates increase, how they impact small businesses, and which business categories have seen the biggest impact. Now, here are a few actionable things you can do to ease the burden of future sales tax increases.

Learn what’s involved in updating your systems and software and make sure you or someone on your team is prepared to manage the process. If you need assistance in managing sales tax compliance and want to outsource, there are companies out there that can help.

Use Lead Time to Your Advantage

Sales tax rates don’t increase overnight. Usually, you get at least a few months notice before the law is in place. Make it a point to stay up to date on what’s going on with ballot measures that could impact your business. That may mean setting up Google alerts or simply making it a point to read through your voter booklet and make sure you know what’s coming, so it doesn’t catch you off guard.

When you run a small business, you have a hectic life, and it’s easy to let deadlines slip. Once you know a rate hike is coming, be sure to schedule reminders and deadlines in your calendar to make sure you don’t miss anything. Include as many reminders for as many steps of the process as you need to make sure you’re ready to go by implementation day. Technology is a huge help, so use it to your advantage!

Tax rate hikes are going to happen—it’s inevitable as a business owner, but a little education and preparation go a long way! Use the tips outlined above to prepare yourself for future tax changes and keep your business operating smoothly. Robert Schulte is the founder and CEO of LumaTax - a software company that makes sales tax filing a breeze for busy small business owners. Robert was formerly a Senior Tax Auditor for the State of California as well as the co-founder of Taxcient.