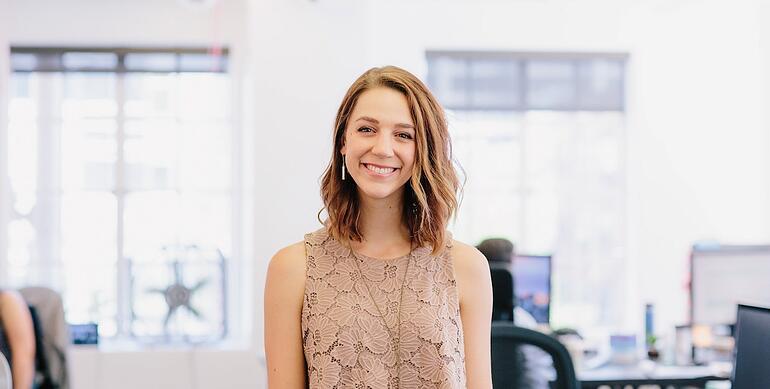 Elise Fajen is inDinero’s Sales Operation Manager, as well as the Co-Founder and Director of Human Resources at her family-owned sportswear company, Wind-Blox. When she’s not looking for new ways for inDinero’s marketing and sales teams to reach small business owners, she’s busy making our Portland office a wonderful and welcoming place to work:

“Elise is a natural connector and outstanding example of a team player. In her role, she acts as a connecting force between inDinero’s sales and marketing teams to help us both do a better job of spreading the word about our philosophies and approach to small business taxes and accounting. As a member of our culture committee, she brings our entire team together. Her kind and welcoming demeanor could make the most anxious and uneasy feel comfortable in their own skin. Thank you for everything you do, Elise!” – Anonymous praise for Elise from one of inDinero’s team meetings.

Who is Elise Fajen?

Q: What do you like best about working at inDinero?

A: The culture. In college, I remember studying company culture for a business management course and becoming obsessed with the idea of joining a fast-moving tech company where people are empowered to think bigger, with endless growth opportunity. inDinero is exactly that. It’s filled with good people who think outside of the box to make big things happen for the business and our clients.

Q: What do you think inDinero’s biggest opportunity is?

A: Opening doors for small businesses. When I co-founded Wind-Blox in 2012, accounting and taxes were some of my biggest stressors, so knowing inDinero exists to remove that burden from running a business for its clients and empower them through their financials is mind-blowing.

Q: If you were a tool you’d find in a business office, which one would you be?

A: A highlighter, because I try to always point out the goodness in the world and the people around me.

Q: When are you the happiest?

A: When I’m making people laugh. The first example that comes to mind is when I co-hosted the inDinero equivalent of The Office’s “The Dundies.” We had everyone nominate each other for obscure awards, and somebody put together a top-secret slideshow to reveal them during an awards ceremony. “The Guy Fieri”  and“Office Napper” were two of my favorites, but when it came time for the Biggest Bachelor Fan award, I planned a whole monologue that was very Bachelor-esque and ended up clicking to the next slide to see that the award went to me!

Q: What is one of your proudest moments or accomplishments?

A: My sophomore year of college I took a 21-credit semester (four credits of which were accounting) while being an RA, working part-time, and founding Wind-Blox. It was the hardest thing I’ve ever done, but anytime I feel intimidated by what life throws my way (or more realistically, what I got myself into), I look back on that time and feel empowered.

Q: Who inspires you?

A: My first year as an RA, I had a mentor named Sarah. She is someone who is all about building deep community, working hard, empowering people to see the goodness in themselves and the people around them, and just having a ton of fun. Very inspired by how she lives.

Q: Who would you most like to swap places with for a day?

A: Since I’m a pretty fast-moving, bold person, I think it would be interesting to live a totally different life for a day. I have a friend named John who is one of the most intentional and thoughtful people, who lives with so much kindness and wisdom and always considers the impact he has on others. Living like that for a day would be eye-opening. Plus he knows a ton about coffee, so I feel like I could make a way better pour-over after that experience.

Q: What is/are your favorite pastime(s)?

A: Dancing, especially if I can make people laugh.

Fun fact: I know the Napoleon Dynamite dance, and have performed it wearing a Napoleon-esque wig on two occasions.

Q: What is your favorite song, movie, book, comedian?

Q: What are some of your pet peeves?

Q: What would people be surprised to know about you?

A: I played bass in a rock band in high school named, Pilgrim and I.

Q: If you could meet anyone—dead or alive—who would you choose?

A: Anne Frank. She had such a beautifully rich outlook on the world while having everything taken from her and fighting for her life.

A: Zanzibar Island in Tanzania. Incredibly rich culture, beautiful architecture, and breathtaking beaches. This mzungu would take any opportunity to go back.

Q: If you were to challenge our Co-Founder & CEO, Jessica Mah, in the Karaoke Olympics, which song would you sing?

A: Valerie by Amy Winehouse, if it’s just me. Tennessee Whiskey by Chris Stapleton if it’s a duet or sing-off. I feel like we would kill it at that one.

And since I’m sure all the readers out there are dying to see rock star, Elise… 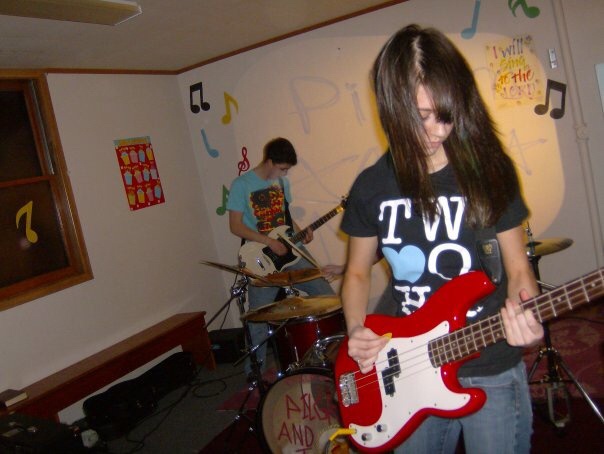