Whether you’re bootstrapping your business, launching through joining an incubator, or you intend to seek help from a VC or angel investor, it’s not an easy task to raise money for a startup in any industry.

“The most consistent bit of feedback I hear from founders about positive incubator experiences is their coaches forced them to prioritize, focus, and move faster, ” said Tomasz Tunguz, venture capitalist at Redpoint. “Plus, the notion of a demo day creates an auction to help with fundraising. For many founders, those two benefits can be quite valuable.”

Venture capitalists work with startups and entrepreneurs every day on launching their businesses. While no one can ever be 100% certain of what works and what doesn’t when it comes to startups, pros like Tunguz and these 10 VCs can provide expert advice for entrepreneurs seeking funding.

In an interview with Bloomberg, Peter Fenton talked about the importance of focus.

“Focus is imperative in a young company's life – I think more of our companies die from lack of focus than any other single mistake. Something I'm concerned about, that I've picked up on in the past two years, is the perception that it's easier to early-stage round today, because there are more positive outcomes than there were in, say, 2003 and 2004. I think it's leading to an erosion of the idea of winning over a core before you expand your horizons.”

“Venture people want to back big ideas and big markets that will lead to big companies, but when you go back and look at the big winners, they usually started with very little capital and very focused offerings. That's particularly true in consumer Internet: Google (GOOG) began as just page-ranked search, Yahoo! (YHOO) was a very focused directory of the Web, and eBay was really winning in core collectibles. They did just one thing extraordinarily well – better than anyone in the world. When you have more money, you're more likely to hire more people who can do more things that can mask over the fact that you're not being successful in your core. You have breadth taking over depth.”

In a Business Insider interview, Fred Wilson shared why getting too much funding can hurt a startup.

“I think there are some instances where you need a lot of capital to execute a business plan, but in many cases it's not true. But because lots of capital is available, the company takes on the capital and then that ends up resulting in no constraints on decision-making, and so a company decides to do five things instead of one, and they do five things poorly instead of one thing well."

On a live podcast with JibJab Studios, Chris and Jefferson Graham from USA Today spoke with Chris Sacca about startup investments. One of the best takeaways from that podcast was this:

“Sell yourself, sell your product to the press, sell your vision to investors, employees, and most importantly, to your customers. Coming from a lawyer dad and a comedian brother, Chris knows how to tell a story; it’s in his blood. Storytelling is at the cornerstone of everything we do: raising money, hiring, press.”

VentureApp shared advice solicited from a number of VCs including Josh Kopelman, who has provided a wealth of advice over the years for startups, including this gem:

“Have a very clear plan and budget for your seed round. Understand the milestones you need to hit for an A round and make sure you have more than enough runway to get there.”

Steve Anderson shared with Business Insider why it’s important not to raise more money until you’re sure you have a product market.

“What are the goals for [follow-on rounds] of financing?...Generally speaking, most of my investments are pre-product launch, they're just an idea. So getting product market fit is the most important goal of the round. My goal as an investor is to make sure there's enough financing to give companies time to do that, a year to 18 months. The worst scenario is to try to raise more money when you haven't achieved that goal.”

Bill Gurley is an influential venture capitalist who got in early on Uber. He recently posted a 5,700 word essay on his blog warning startups to beware of dirty fundraising terms.

“Taking a terms-laden deal is like starting the clock on a time bomb,” Gurley wrote. “Your only option is to hit the IPO window as fast as possible. Otherwise, the terms will eat you alive.”

Jim Breyer’s firm invested a little over $12 million in Facebook in 2005 and cashed out when the company went public in 2012, netting it $6 billion from Facebook investments. Breyer had advice for tech startups in regards to the volatile market.

“I encourage our best companies, which believe they don’t need to raise cash, to do so opportunistically,” Breyer said in an interview at Accel’s office in Palo Alto, California. “A company is better off with 18 months of cash in the bank.”

In his book, Zero to One: Notes on Startups, or How to Build the Future, Peter Thiel weighed in on the idea of trying to launch the ‘lean startup’ and the importance of having a plan based on intelligent design.

“Even in engineering-driven Silicon Valley, the buzzwords of the moment call for building a ‘lean startup’ that can ‘adapt’ and ‘evolve’ to an ever-changing environment. Would-be entrepreneurs are told that nothing can be known in advance: we’re supposed to listen to what customers say they want, make nothing more than a ‘minimum viable product,’ and iterate our way to success. But leanness is a methodology, not a goal. Making small changes to things that already exist might lead you to a local maximum, but it won’t help you find the global maximum. You could build the best version of an app that lets people order toilet paper from their iPhone. But iteration without a bold plan won’t take you from 0 to 1. A company is the strangest place of all for an indefinite optimist: why should you expect your own business to succeed without a plan to make it happen? Darwinism may be a fine theory in other contexts, but in startups, intelligent design works best.”

During 2014’s Dreamforce conference from Salesforce, Bloomberg TV’s Emily Chang interviewed Marc Andreessen, revealing to the audience some lessons he tries to instill in startups that are seeking funding and investment.

From the nearly hour-long interview, this piece of advice stands out to me:

"If you're a new startup and spending $50 million a quarter, maybe switch to regular water instead of coconut water," he said. "We call it the 'edifice complex.' As soon as a company builds their fancy new headquarters they immediately fall off a cliff and collapse. It's peak ego building, something that doesn't work."

In an interview shared with Forbes, Paul Jones talked about how one of the smartest players you can find to enhance your startup and chances of gaining funding is a mentor or counselor.

“Get counsel and be very careful about who it is. Not to confuse the fact that someone who can run a billion dollar corporation does not necessarily mean they’re a good adviser for your startup. So really find people who have experience and wisdom in the trenches of the kind of thing you’re trying to do. The CEO of some Fortune 500 company is not a great person to be an adviser. They might be a great person to leverage for money — but they’re probably not going to have a lot to tell you about the realities of building your high-tech business on a shoestring.”

Which advice from the VCs above resonated with you the most? Share your thoughts in the comments below! 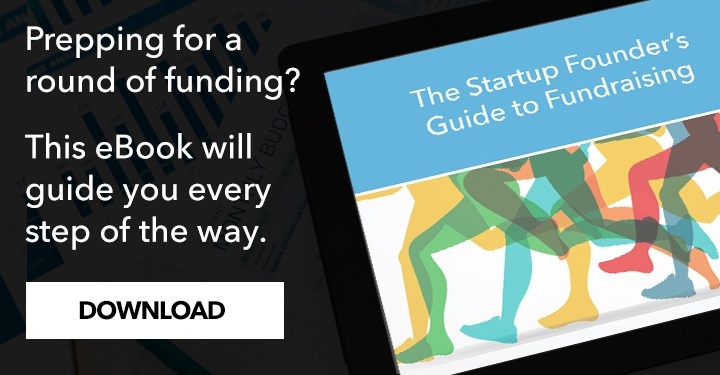 Sujan is the leading expert in digital marketing. He is a hard working & high energy individual fueled by his passion to help people and solve problems. Sujan is an avid blogger and writes 6 blog posts a week for publications like Forbes, WSJ, Inc and Entrepreneur Magazine. When Sujan isn’t working his normal 80 hour work weeks (13.3 hours a day, 6 days a week) you can find him at the gym in the early hours of the day or at the race track racing cars and motorcycles.